Home > Articles > Should you use a vpn with your antivirus article

Ever get the feeling you’re being watched? Well here’s the thing: you aren’t being paranoid. You ARE being watched.

Every time you open up the internet, sign into social media, shop online, search in Google… internet providers, marketers and site owners are constantly collecting as much info on you and your habits as they possibly can.

And then, of course, there are malicious agents like hackers and identity thieves, busying away in the background, trying to get hold of your private and payment information to rob you blind at the first opportunity.

WAIT! Don’t unplug just yet. There’s no need to whip out the tin foil hat. In fact, there are very effective tools out there to help you safeguard your privacy online. Among the most effect are virtual private networks, typically referred to as VPNs.

What is a VPN?

Typically, VPNs work by re-routing your connection to the internet through a remote server or series of servers. This shields your IP address, making it much harder to trace your online activity back to you. It also assigns or allows you to choose an IP address from a different server. This means your connection to the internet is totally secure. The data you send and receive is encrypted and kept safe from prying eyes.

Why Would I Need a VPN?

There are a bunch of reasons why people prefer to connect to the net via a VPN. One of the most common reasons is that it often allows you to access the internet from a server in a particular country. If certain content is blocked or censored in your own country, this allows you to get around the restrictions and firewalls for unfettered access to the web.

However, for others it’s about more general privacy concerns. Using a VPN prevents others from seeing your real IP address or tracking your online activity. Whether it’s identity thieves or marketers you want to confuse, there’s nothing wrong with craving a little anonymity as you go about your business online.

But I Already Have Antivirus Protection…

That’s great news. A top antivirus software or internet security suite will keep you safe from spyware and malicious software known as malware, as well as prevent your devices from infection. But here’s the rub: security and privacy are two different things.

Unless your antivirus protections specifically come with a VPN, you probably won’t enjoy the full range of privacy benefits that a VPN provides.

So Can I Use it INSTEAD of Antivirus?

In short, you need tools that protect your privacy AND your security – and that means investing in antivirus and a VPN. 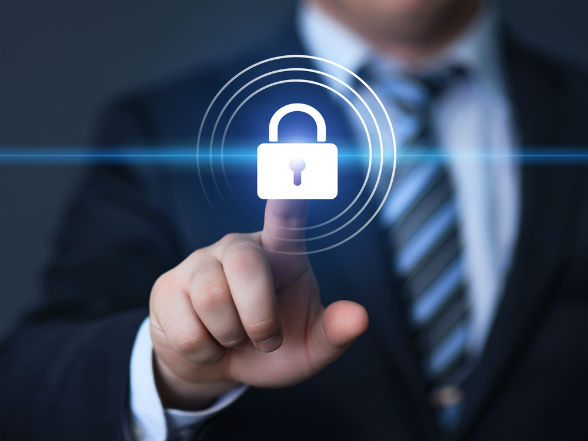 Won’t My Antivirus Interfere Block It?

While your antivirus program shouldn’t interfere with your VPN, there are some reports of overzealous antivirus packages misdiagnosing perfectly safe VPNs as malware and preventing them from working correctly.

Where Should I Get It?

Some internet security packages do actually come with VPNs as an additional perk. Opting for this is an excellent way to go – if you do have any little niggles, like compatibility issues or slow connections, you can call your antivirus provider to get it sorted. Failing that, take a look at this list of the top VPNs to figure out which one works best for what you need.

This site is a free online resource that strives to offer helpful content and comparison features to its visitors. Please be advised that the operator of this site accepts advertising compensation from companies that appear on the site, and such compensation impacts the location and order in which the companies (and/or their products) are presented, and in some cases may also impact the rating that is assigned to them. To the extent that ratings appear on this site, such rating is determined by our subjective opinion and based on a methodology that aggregates our analysis of brand market share and reputation, each brand's conversion rates, compensation paid to us and general consumer interest. Company listings on this page DO NOT imply endorsement. We do not feature all providers on the market. Except as expressly set forth in our Terms of Use, all representations and warranties regarding the information presented on this page are disclaimed. The information, including pricing, which appears on this site is subject to change at any time.